We are naming the Anderson Baseball Field! 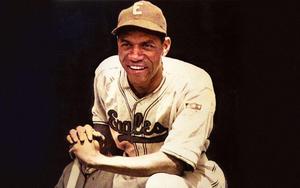 Here's how you can help
The Anderson Campus Advisory Council (CAC) has voted to start the renaming process of our baseball field to the “Willie Wells Field”.
Willie Wells, an Austinite, played baseball and football for the original L. C. Anderson High School, "Yellow Jackets".  Wells first played professional baseball in 1923, playing one season for the Austin Black Senators of the Texas Colored League, a minor league for the Negro National League.  He briefly attended Samuel Huston College in Austin before he was called up to the St. Louis team in the NNL.  After a short stint with the St. Louis Giants, he entered the NNL with the St. Louis Stars in 1924, playing for the Stars through 1931, when both the team and league folded after the 1931 season. In 1926 he hit 27 home runs, a Negro leagues single-season record. From 1932 to 1935 he played for the Chicago American Giants and played for the Newark Eagles from 1936 to 1939. While with the Eagles, Wells was part of the "Million Dollar Infield," consisting of Wells, Ray Dandridge, Dick Seay, and Mule Suttles.

Wells eventually achieved a rare Triple Crown: induction in the Mexican, Cuban, and American Baseball Halls of Fame. Upon his return to the States, Wells knew he was too old to cross over into the major leagues, but he did his part to help eradicate the color line once and for all. On the eve of Jackie Robinson's 1946 debut into organized baseball for the Montreal team, Wells tutored the soon-to-be Brooklyn Dodger on the art of making the double-play pivot at second base.

In accordance with the AISD Board policy, the naming process must be open for nominations. Therefore, the public is invited to complete a submission form with their nomination.
Please visit the AISD facility naming website to submit your nomination now through Tuesday, Jan. 4, 2022.  We hope you will consider the recommendation of "Willie Wells Field"!